There are a few things I’m currently excited about in Portland-Vegan-Land. I want to share you these pieces of vegan goodness.

EL NUTRI to open a brick and mortar building!!!!!! 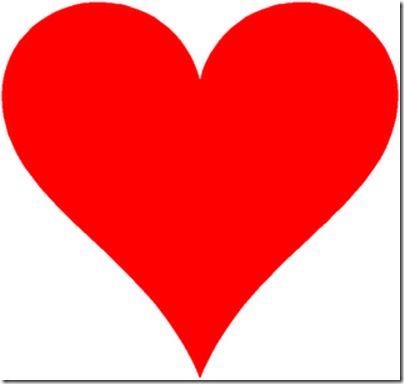 This is by far the most amazing Mexi-news I’ve ever heard. You may remember me espousing how much I love their cart here or here or here. And now, according to my friend Josh, they will be opening a real live sit-down place with walls and a ceiling soon.

So excited I can eat these without numb fingers anymore: 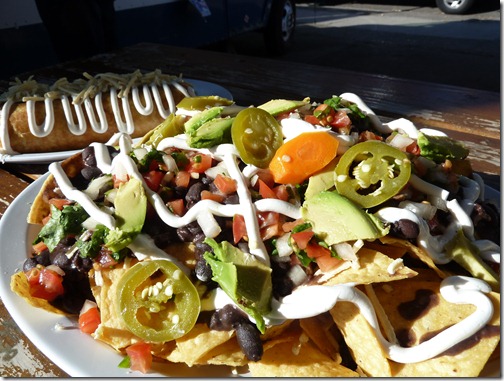 This is so cool. 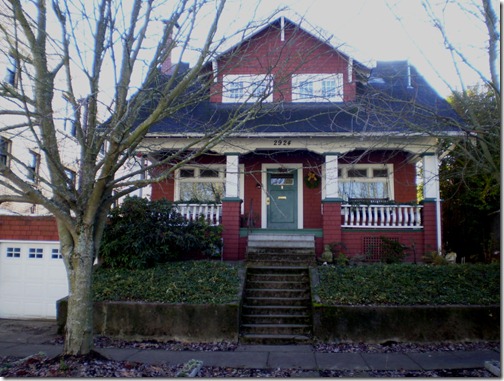 I am so excited for this. I want every single friend and family member to stay here all the time. It sounds adorable and the owner, Sandy, will feed you vegan food and give you cookies when you stay here. LOVE this!

If you are a vegan, all you need to know (if you don’t already) is that Portland, Oregon is a vegan mecca, with countless vegan options at local restaurants and even vegan doughnuts! Sandy Miller, the proprietor of the Cherokee Rose Inn, has eaten and cooked vegan for over twenty years and has refined a number of breakfast dishes that will delight you: a Southern breakfast features grits, homemade “sausage” and tofu scramble; or you may be offered blueberry muffins, pancakes, or coffeecake, cocoanut French toast, onion quiche, oatmeal with apricots and raisins, or pecan waffles with real maple syrup, along with fresh fruit, juice, toast and plenty of coffee or tea.

Um, yum. I want their corn chowder RIGHT NOW. I love eating soups in winter and eat them almost daily. I’m hoping a split pea soup will make an appearance there soon. Everything Back to Eden makes turns out SO GOOD I know these soups are just killer. And I would assume they’re all gluten-free, too, though you may want to double check.

AND they offer a piece of Grand Central bread or housemade gluten-free cornbread with the soup. I think this is a lovely idea and I have made no secret of how much I love John and Garrett, the owners. They are the nicest and most talented-in-the-kitchen people I have ever met, so go support them during this holiday season (Shop local!) and indulge in a hot cup of soup while you’re at it.

BridgePort BrewPub now offers Daiya cheese. The Chef just got it in, so it’s not even on the menu yet. If you want it on pizza, just ask! The dough is totally vegan and there’s some awesome pizzas on the menu that are way easy veganizable. 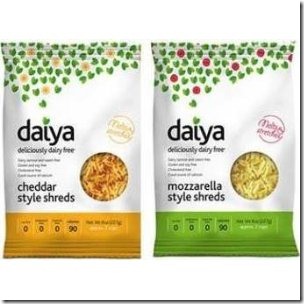 This is exciting though somewhat dangerous. Now that there’s vegan cheese around, it may be harder for me to stick to salads and vegan bowls. (I work at BridgePort.) Oh, exciting bit of news #2: There’s a new vegan item on the menu named after me! It’s called The Nessie. It’s this huge tostada-type thing with mini red bean patties, spinach, and butternut squash sauce. It’s beautiful.

In another piece of vegan bakery news, Lisa Clark, owner of Petunia’s, is opening a brick and mortar location early next year. She’ll continue to offer her vegan and gluten-free pastries.

Look at this adorable cupcake she made for the vegan dinner I had at Departure in late fall. 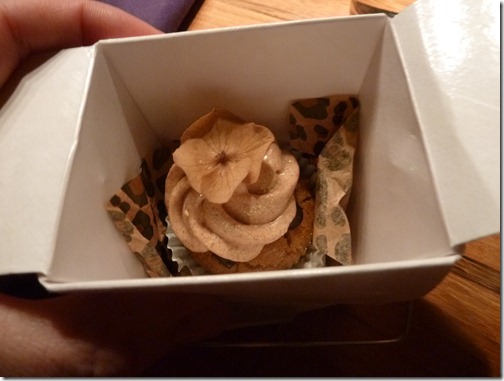 Sizzle Pie will open their second location on December 31st, a year exactly after the original location opened. (I can’t believe they’re been open only a year. I’ve certainly eaten their pizza way more times than I thought would healthily fit into a year.)

I love Sizzle Pie. I love their commitment to vegan pizza options, I love that they offer yeast and aardvark sauce on their pizza, and I love that if one were so inclined, one could eat a slice of breakfast pizza with a side of mimosa.

I particularly love how they’ve been supportive of projects I’ve brought to them. In the year that they’ve been open, they donated 30 pies to Modified Style and 30 pies to Vida Vegan Con’s Galarama and Silent Auction. I love when small ventures support each other. I am so happy to continue to support them by stuffing my face with their pizza. Now I can do that even easier with their new convenient downtown location.

Sizzle Pie is announcing the opening of their second pizza restaurant. The new location is in the heart of Portland’s West side just across the street from the iconic Powell’s Bookstore. Sizzle Pie West (926 W. Burnside) opens exactly one year after the first location at 624 E. Burnside. A Grand Opening Party for Sizzle Pie West will start on December 31st at 6pm with specials until 2012. At 8pm the celebration expands to the Star Theater for a Sizzle Pie birthday show and New Year’s Eve celebration featuring local bands, headlined by hometown heroes Red Fang. Both locations will be open and ready for customers during regular hours.

Sizzle Pie West will offer the same great pizza that’s influenced by the East Coast traditions yet captures the essence of Portland. A variety of omnivore, vegan and gluten free options are available. Rock and metal music references are seen throughout, especially the fully loaded jukebox. Hours for both locations will be 11am to 3am Sunday through Thursday and until 4 am Friday and Saturday.

If you’ve been reading this blog for awhile, you probably have heard me talk about Gail Eisnitz and her book Slaughterhouse.
To read my review of it, click here.
It’s an incredibly powerful and moving expose on factory farms in the United States. Though it was written about ten years ago, unfortunately the conditions are still just as horrifying now. Eiznitz,Chief Investigor for the Humane Farming Association (HFA), spent countless hours communicating with USDA employees, speaking with slaughterhouse workers, and listening to families who have lost loved ones due to the shoddiness of the American Agri-business.
I’m not gonna lie; it’s a hard read. It’s emotional and draining and explicit. But it’s also incredibly informative, well-researched, and touching.
I was so touched, in fact, that I wrote to Gail and asked her if she’d be interested in donating a book or two for my blog.
She said yes.
If you’re not interested in reading this book, I don’t blame you. But if you do want to find out more, this book isn’t just for vegetarians or animal rights activists. It’s for anyone that cares about people, about animals, about being informed, about corporate greed, about health, and about compassion.
~~~~
To enter, please leave a comment below stating either:
1. Why you want to read the book; or
2. What you hope to get out of the book; or
3. Why you’re nervous about reading the book.
**The contest will last until Noon on January 13th.

I love Missionary Chocolates! I spent Black Friday eating tons of leftovers and watching movies on the couch. Yes, literally all day I did this! 🙂

Thanks to everyone who entered to win, sorry it took me an extra-special long time to announce the winner. If you didn’t win, I suggest trying some of these chocolates anyway. Back to Eden starts carrying them TODAY!

* I used http://www.random.org/ to determine the winner.*

Hi everyone! Thanks for playing the fun game called, “What would you do with Garrett’s Not-tella?”

There were some really good answers on here, and I wish I could give a jar to everyone!

Thanks to everyone who entered and retweeted the contest. There are several more fun ones coming up soon.

Without further ado, our lucky winner, picked by www.random.org:

I just want to hide it on a high shelf and eat it straight from the jar after my kids go to bed.

Congratulations Lesley! Contact me with your information and I will get you a freshly-made jar of chocolaty-hazlenutty goodness.

Hope everyone has a good weekend!