I was at the Boiler Room and The Tube the other night, and wasn’t even drinking (much), and just dropped my camera onto the floor of the Tube… now the lens/shutter thing is stuck out. I need to take it in for a repair, but haven’t had time, yet!

So, here’s some pictures of Sunday before I dropped my trusty companion:

I biked up to John and Garrett’s house at Killingsworth and 60th. John worked in the garden while Garrett and I moved racks and pans and baking ingredients back into the Back to Eden Bakery. I did a lot of dishes. 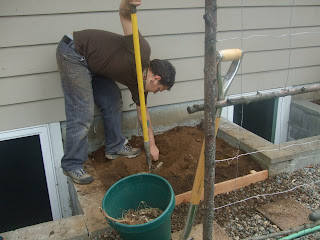 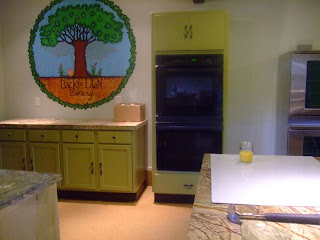 That’s the bakery, with a shot of my mimosa in there. 🙂 For those who are wondering, the bakery itself is a commercial-grade bakery, attached to their house, and the storefront, where all the goods are going to be sold, is located at Alberta and 22nd.

I rode down to the park by Rob’s house, where a group of us all played frisbee for awhile before all biking off to Hopworks Brewpub on Powell on 29th. 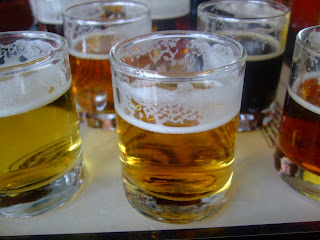 I got this beer sample to share with Craig. They do have pretty good vegan options there, like vegan pizza, sandwiches, veggies, and pita. I ate some veggies and hummus,which was alright. I really liked the IPA the best and Rob likes their Survival 7-grain stout. I think it’s his absolute favorite of any beers. Listen to the description:

I went to the bathroom before we left, and guess what it says in there? 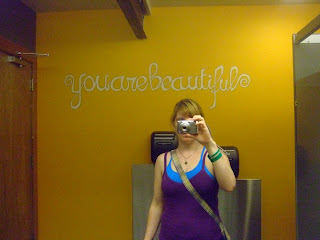 Cool, huh? It’s nice to have a reaffirming statement written in mirror-code when you go out for a beer. 🙂

We all parted ways after that. I arrived home and promptly napped. I think I had biked about 15 or 16 miles by this time, at least.

After I made some tamale pie (I’m trying not to eat wheat this week–it’s definitely making me think outside the box! I’m kind of enjoying the challenge.) I headed down to the Boiler Room. My friend Chester (her first name is Melissa, but we all just call her by her last name) was back in town for a week. 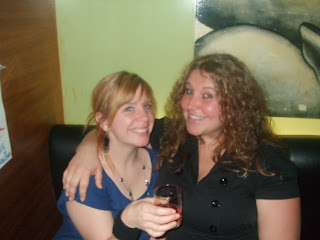 We all sang and danced. 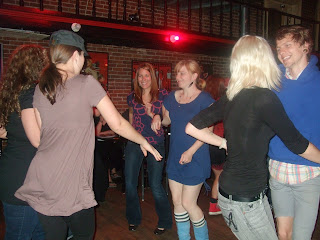 I think this was to Copacabana, which, I just found out, is a really sad song! I kind of wanted to cry.

Then a group of us headed to Tube, which has an amazing happy hour, but we had just missed it. I’m coming back for the vegan ham and cheese sandwiches! Soon!!!!!!!!

Here’s Rob, taking the obligatory picture of himself: 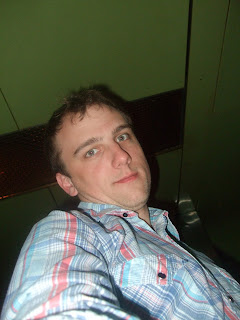 Everytime we go out, or sometimes when we’re just pallin’ around, he whips out my camera and takes about a jillion pictures of himself, all from different angles, usually making silly-putty type faces.

I made 3 pepper hummus, which is ultra-spicy, and ultra-delicious.
Hashbrowns for Rob and I yesterday morning. Mmmmmm. Potatoes for breakfast are a rare treat for me, and they were worth it!
And, finally, CRISPY BOTTOMED PEANUT BUTER PIE.

Oh my word. I think this may be the most decadent delicious dessert, ever. Seriously. You will have to buy her cookbook just for this one recipe.

I’m off to work, hopefully I’ll get my camera fixed soon for some more picture!

I got a HUUUUUGE box delivered today. Wheeee!

I was getting ready for work a few minutes ago, wearing my birthday suit, when my roommate who had just left the house called and told me she saw FED EX pull up. As I was throwing on a coat I had draped over a chair, I heard the knocking. I felt kind of scandalous, in a lonely housewife/hello milkman kind of way, answering the door with just a coat on, but I’m sure he probably didn’t even notice.

Anyway, Farm Sanctuary sent me a box filled with all sorts of goodies–lots of pamphlets and table literature and I hope bumper stickers. For those of you who don’t know, I’m organizing a fashion show/benefit called Modified Style with my good friend Andrea Fretwell. It’s coming up EXTREMELY soon, so I’ve been working like a busy little (non honey-producing for humans) bee. 🙂 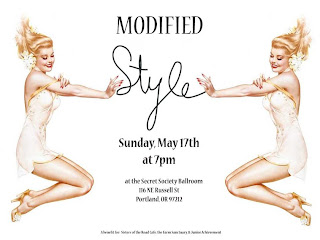 All benefits are going toward The Farm Sanctuary, Sisters of the Road Cafe, and Junior Achievement. It’s going to be amazing, and I’m so excited for this big box of goods. Thanks, Michelle Sass and Jasmin Singer for sending this to me. 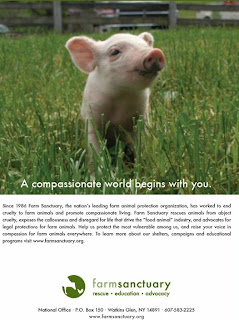 I volunteered to test recipes for a new cookbook. Tami over at Vegan Appetite is writing a cookbook. Her recipes are always amazing, so I jumped at the chance to try some of them out.

I’m actually snacking on the first one as we speak. Chocolate Chip Quickcake. It took me 25 minutes to make it, from start to finish. I won’t be able to post any recipes (obviously. that’s what the cookbook is for) but I can and will post pictures. Like this one: 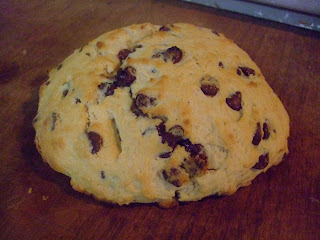 You probably can’t tell from the picture, but this is not a cookie. It’s a cake. Probably about as big as my head. If you held it up to my face, it would hide the whole thing. Until I eat through it.

Keep your eyes out for more testers–there’s some really delicious looking ones I can’t wait to try. 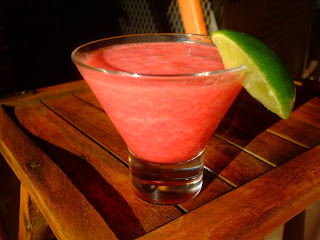 When I got home from work yesterday, I wanted blended goodness. I threw an orange, 2 limes, and 1/2 cup of raspberries into my VitaMix with some ice, tequila, and triple sec. 30 seconds later, frozen fruit goodness with a kick. 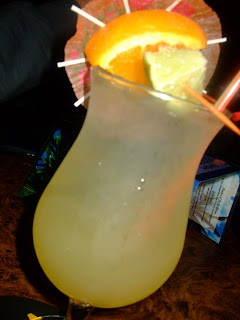 I went to the Alibi Karaoke Lounge with Shelley last night. I ordered the funky monkey which had banana and sprite and coconut rum and pineapple juice. It was, as expected, pretty disgusting. But fun. I watered it down and it eventually tasted like banana water. Mmmm. 🙂

I wanted a different kind of Green Smoothie, and I found this recipe over at Healthy Tipping Point (which she in turn got from someone else). 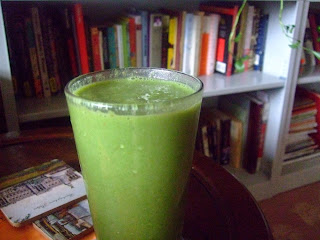 Holy Yum! So good! I modified it a bit to include what I had around.

Throw in y0ur VitaMix, blend, and be transported to green heaven.