I’m upgrading from my tiny little treehouse-studio to a huge Mansion! With a fireplace! And a dishwasher! And kitchen cupboards! And a living room! 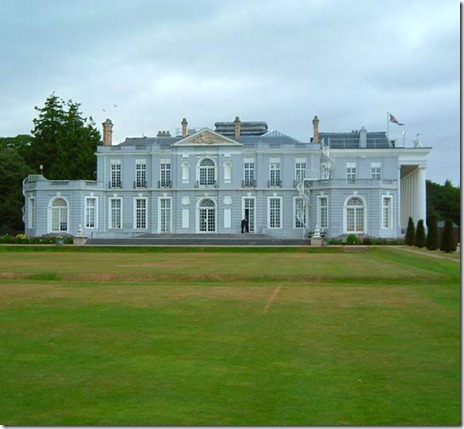 (Not my actual mansion. My new place is bigger, but you get the idea.)

My favorite part about moving, other than imagining I am suddenly the type of person who knows how to decorate and will have a terribly sophisticated house with organized drawers and impeccable taste in art, is cleaning out my kitchen cupboards before I move.

Yesterday I made Pesto Butter Bean Tacos for lunch. I didn’t take pictures because I was too busy writing my Vida Vegan Con ticket contest post and googling images of kittens dressed as burritos, but today that changes. Today, I made tacos. Again. But with the subtle difference that I took pictures and was not busy giggling at kitten burritos. 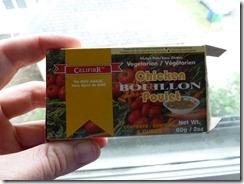 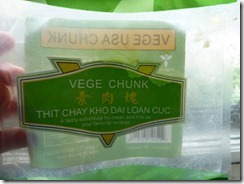 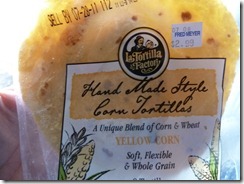 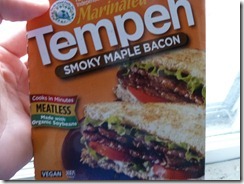 I soaked the remainder of my ‘Vege Chunks’(a present from the Spicy Vegan’s cupboard when she went soy-free) and cooked over low heat with water and my last ‘chicken’ bullion cube from Food Fight for 30 minutes. When the lil nuggets had expanded and soaked up all the broth, I dumped in Frontier’s Key Lime Cilantro taco sauce. It was a Whole Foods whim purchase months ago.

I let those flavors get all up in my nuggets for about 10 minutes, still over low heat. When finished, I heated two corn tortillas from Fred Meyer (these tortillas have whole grain flour in them too, and are my favoritest tortillas in the whole entire world) and heated up the last 4 pieces of tempeh bacon at the same time. The tempeh bacon was another whim purchase—it tastes just like the tempeh bacon I make at home, so probably won’t be buying it again.

I didn’t use any oil in the cooking, but you totally could.

The tortillas just need to be slightly warm—they’re more pliable than corn-only tortillas and the tempeh bacon heats up in a minute.

When assembling, I added the only fresh vegetable I had in my fridge—romaine lettuce. 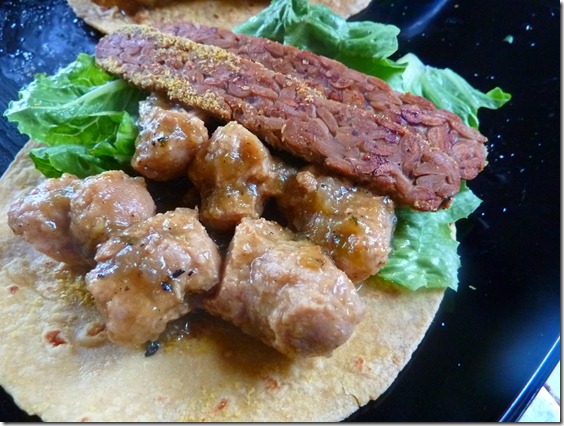 You can tell from the picture I also sprinkled nutritional yeast on my tortillas and tempeh bacon. Which is par for course, because if there’s anything I love more than burritos and tacos or champagne, it’s nutritional yeast.

(Makes 2 tacos, with left over vege chunks for another 2)

Heat vege chunks in ‘chicken’ broth over low heat til the vege chunks soak up all the broth, about 30 minutes. Add contents of Marinade pack. Continue cooking over low heat for another 10 minutes, until the flavor soaks in but there’s still marinade left in pot.

Remove from heat. In frying pan over medium heat, warm two corn tortillas (nutritional yeast sprinkling optional for those with discerning & awesome palates) and 4 strips of tempeh bacon until warm.

Go back to the kitchen and get a napkin. These lil guys are messy.

My motto is ‘Any taco is a good taco’ (teehee), so they were definitely enjoyable, but I don’t plan on making it a habit to stock up on vege chunks in the future, so they may not be enjoyed by moi again.

In other news, don’t forget to enter my contest to win a ticket to the fabulous sold-out Vida Vegan Con! Submissions accepted until June 24th.