Summertime means picnics. And bike rides, and river trips, and sunburns with freckles, and sangria on rooftop patios, and camping, and farmers markets. But today, in this surprising Oregonian May heat wave, it means picnics. 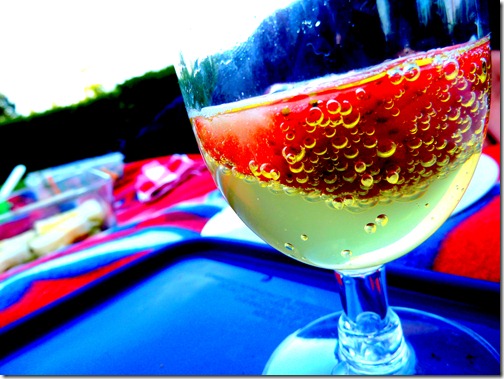 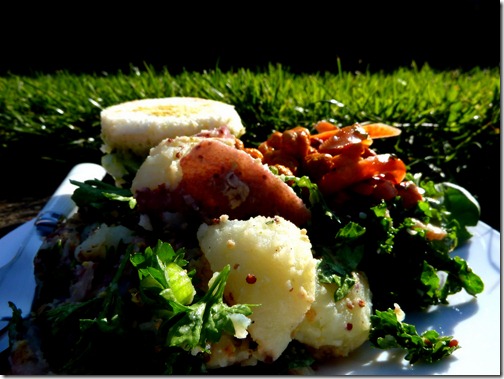 The Rose Garden in Washington Park is a perfect picnic spot. Fresh green grass, rose bushes, a beautiful view of Portland… if you live in the Portland-area, I recommend it. 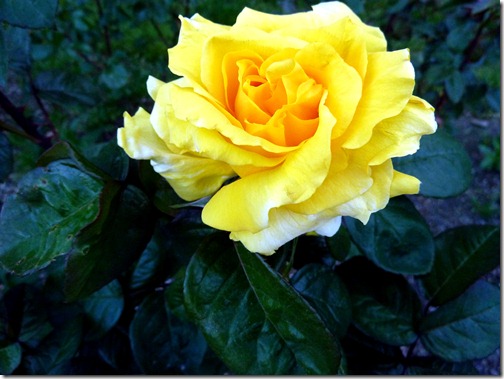 The roses are just now starting to bloom, and they are SO PRETTY and smell SO GOOD. I love roses. 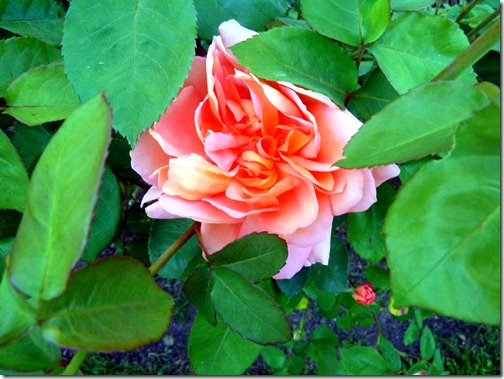 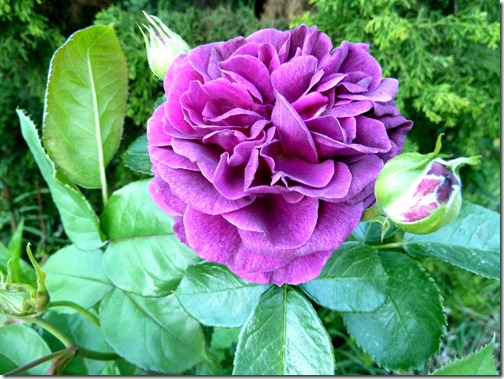 Last week, I researched recipes and created a Google doc with links to share with my picnic pal. Nothing like a little hardcore picnic prep. I knew I wanted fresh whole foods. Light and refreshing fare, utilizing vegetables and fresh herbs. 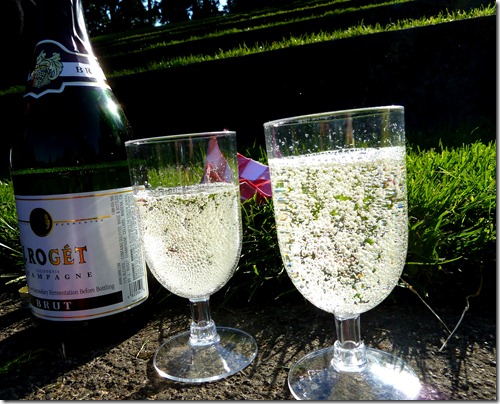 The menu I ended up with:

My original menu included watermelon agua fresca, but my bike means of transportation was not conducive for me to carry a watermelon home from the grocery store. Does anyone else think of this scene from Dirty Dancing when you think of carrying a watermelon? I love that scene.

The chickpeas were fun. I actually took the skin off each one, something I’ve heard that people do, but I’d never considered as an option. It was meditative. And it looked hilarious when I was done, having a little chickpea exoskeleton explosion in the sink.

They were also way addicting. I added sea salt, paprika, cayenne and nutritional yeast to my (double) batch. 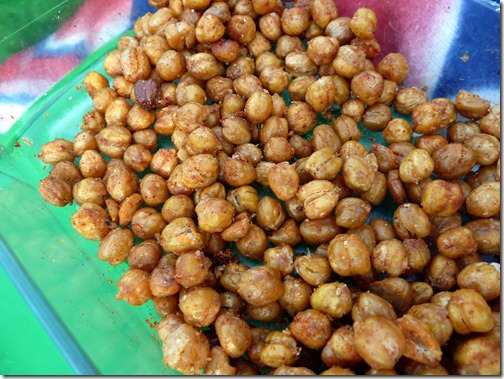 I knew I needed fresh herbs in my picnic menu—I’m obsessed with dill, mint, basil and cilantro, and have been mightily intrigued by tarragon recently. I ended up finding a use for the dill and mint in Isa’s cucumber avocado tea sandwiches. This recipe was pleasing to me as well for using avocado for the fat in the sandwich rather than cream cheese or vegan mayo (<—so 2010). The potato salad recipe called for parsley, green onions and tarragon. Tarragon! Sold.

The sandwiches turned out pretty good. They were light and refreshing, just like I wanted. Next time, I think I’d add fresh sliced jalapeños for a little kick. They were fairly easy to make and fun to look at. 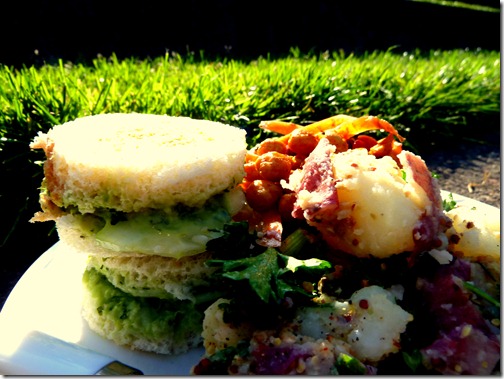 I actually tried really hard to stick to the recipes, which for me is quite a task. I succeeded for the most part, only adding a little Wayfare bacon bits to the potato salad recipe for a bit of smokey salty goodness. 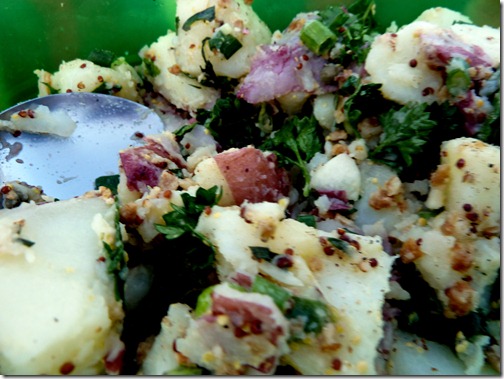 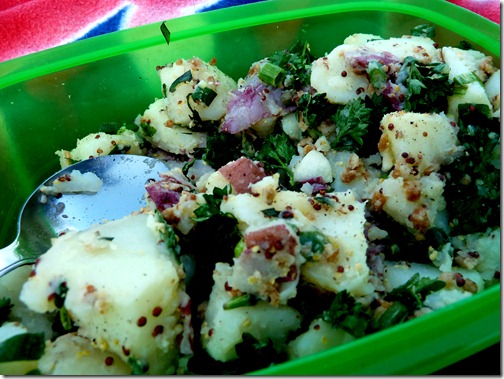 I made up the Kale Salad recipe. I considered—for a hot minute—making a Vietnamese-style kale salad, with lemongrass vinegar, mint, cilantro and peanuts, but I’ll save that for another time. 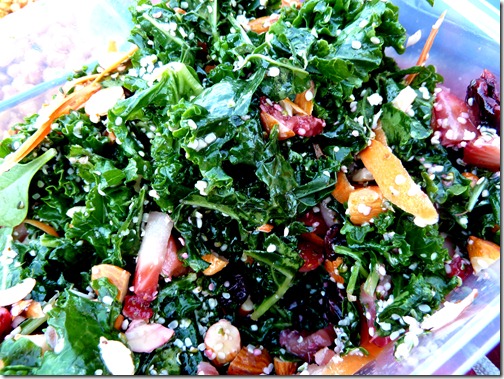 Wash the kale thoroughly. In a large bowl, massage into the kale the olive oil, vinegar and lemon juice for about 5 minutes, or until soft. Add the maple syrup and mix in until kale thoroughly covered. Taste at this point to season. Add strawberries, almonds and carrots. Mix together. Toss in hemp hearts, and refrigerate until ready to use. Kale is hardy, so you can make this hours ahead of your picnic. Serves 4. 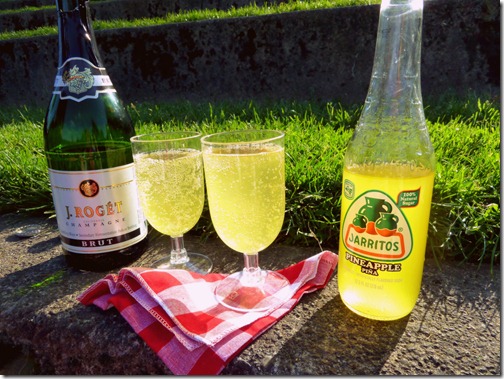 The cookies, which shall remain picture-less, were another last minute idea. I loved the idea of lemon cornmeal cookies, and for some reason, thought that attempting a gluten-free recipe was a super idea. Note: It wasn’t. I used a mix of cornmeal, coconut flour and sweet white sorgum flour. The flavor was there—I zested lemon and added lemon and almond extract, in addition to coconut flakes and dried cranberries—but the texture was a little off. That said, I think they will get eaten-by me if no one else—because the texture sort of reminds me of soft biscotti. In fact, I just had 2 for breakfast. (It’s ok, they’re healthy-ish—I used coconut sugar instead of white sugar. That’s healthy, right?? Don’t answer that.)

I made way too much food. I tried scaling down the recipes to be just enough for two people, but naturally, there were tons of leftovers. 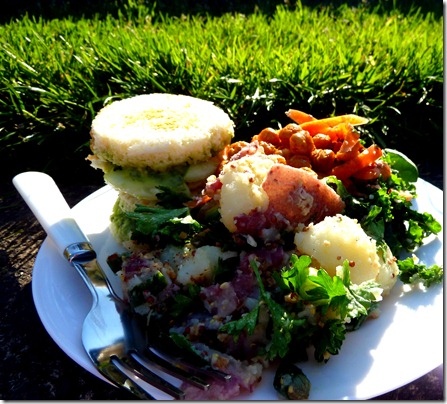