I’m getting around to organizing my pictures from my trip so I can start really posting about it.  The thing is, I took photos mainly with my camera phone, because the Chromebook (my laptop I brought with me) doesn’t have an SD card reader; which makes uploading photos a giant pain in my bum. But then–I started taking so many pictures with my phone that my storage started dwindling and my pictures started disappearing. Whoops!

I figured this out and fixed it in The Netherlands. Which means that all the photos I took in London, Cambridge, Edinburgh, Amsterdam, Rotterdam, The Hague, Valkenburg, Maastricht and Ghent (Belgium) are mostly gone. Nuts. I’ve got a few hanging around though, so I’ll share those with you. Some will be from Instagram, and some will be those that magically avoided getting deleted. 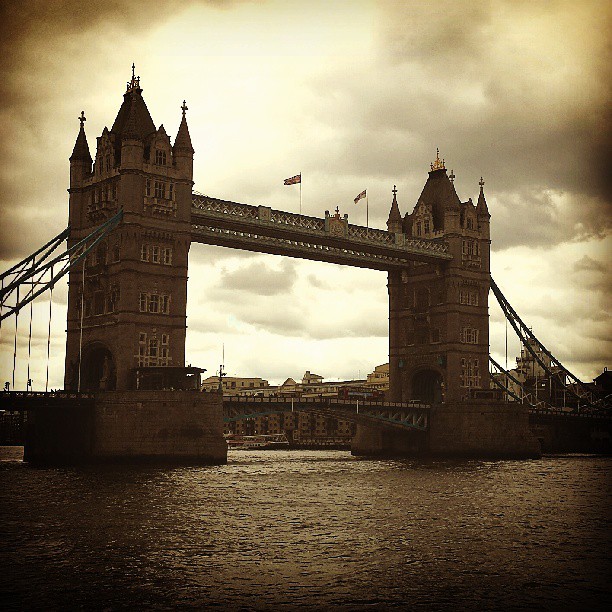 London.  I’ve been in love with London since I was 10 years old. The first time I visited, in 2000 when I was studying in Belfast, it took my breath away. I loved everything about it. The crowds, the accent, the architecture, Tesco, the absolute otherness of it. I always planned on going back. In fact, I got accepted to grad school for library science in 2008 at a London school, but ended up deferring my acceptance because I ran into an issue with my social security card/an old name change (so much fun!). By the time acceptance rolled around again, I had decided to stick around in Portland and help my friends open Back to Eden Bakery on Alberta.

So when I started planning my mini RTW trip for 2013, the only thing I knew without a doubt was that my first stop would be London. I had to go back. 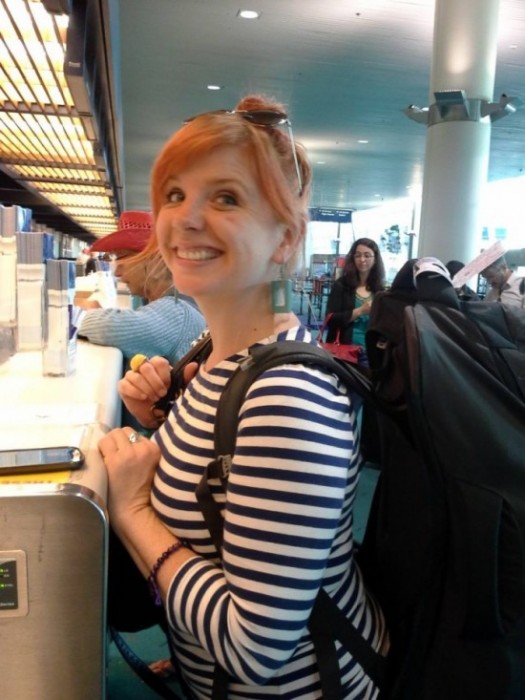 I arranged to meet my friend Gareth, from Belfast, in London. His girlfriend Amy works for the BBC and was living on location in London for 6 months. We spent the week together tripping around London before taking the train up to Edinburgh for the weekend. 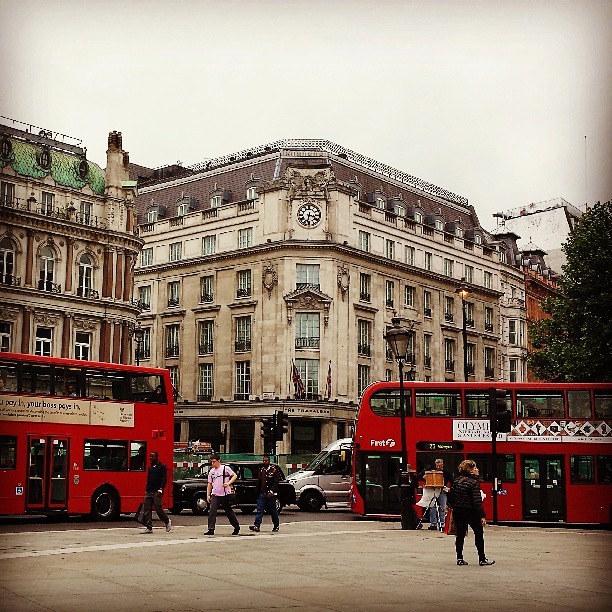 And….I didn’t love London as much as I once did. The world has gotten so much smaller in the last decade. What I mean by that is London is just London. It’s a place that we have friends from, a place that we see in pictures and blog posts consistently. We can now read news from the BBC or The Guardian online every day. British tv shows get streamed on Hulu. It doesn’t feel as ‘other’ or as special to me anymore. It’s just another city in the world that has people and food and tourist sights and political problems and a cool history.

It’s like the only personality or character it has anymore (that I saw) is on the touristy stuff–the phone booths, the double decker buses, the taxi cabs, the Beefeaters. Manufactured atmosphere. I feel like that’s how bigger international cities are becoming, these days. I don’t know how much of my changed perspective is me getting older, and how much has to do with how much the world has really changed in the last decade. (I will say though that I still find visiting smaller cities and towns still lead to that magical wondrous feeling of being somewhere completely different.) 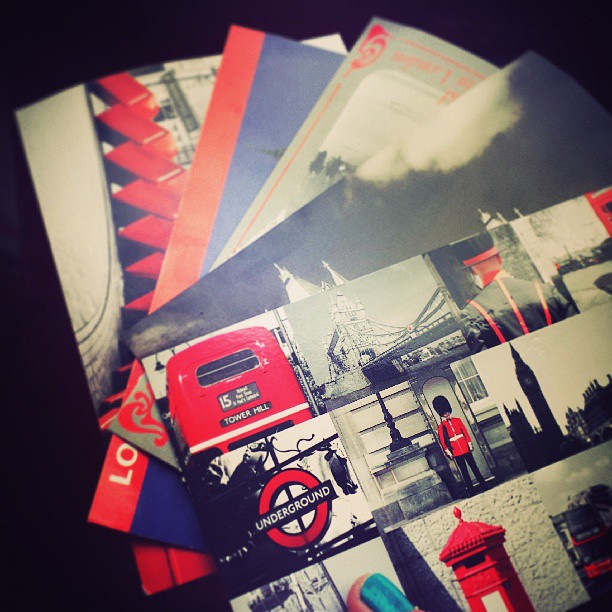 I did have a blast in London because it’s still a cool place and I got to spend time with one of my oldest and dearest friends. We walked–a lot–and I got lost–a lot. Seriously, before I realized that GPS will work on my phone even without using a data plan, I walked the entire circumference of Hyde Park, with my big ol’ backpack, trying to find my dang hostel. 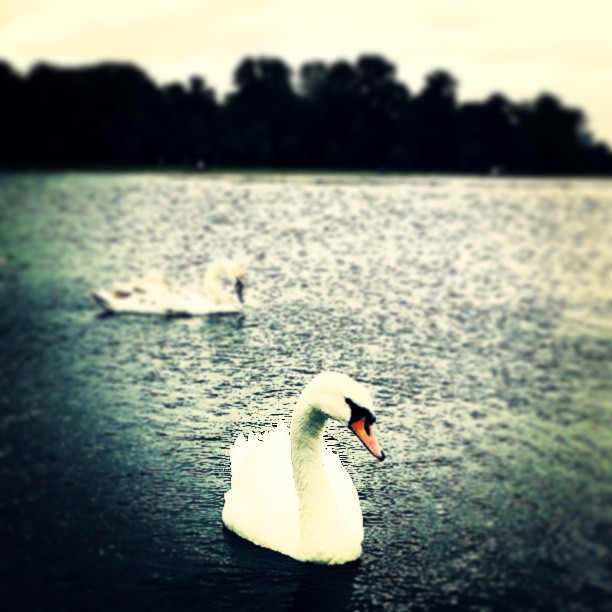 I FINALLY found it, and just barely got the last room.

I stayed at the Astor Hyde Park and loved it. It’s super central, and easy to find (once you get your bearings), and affordable. Something I discovered on this trip: some hostels have age limits. This is one of them–you gotta be 35 or under. I don’t know how strict this policy is, but if you’re coming to London and want affordable lodging, I definitely recommend this place. There are three other locations, but I can only vouch for this one. And do I ever vouch for it! This hostel is a beautiful old Victorian town house on a tree-lined street located close to the Royal Albert Hall, and within walking distance to the Kensington Gardens. The hostel itself was clean and funky and modern and friendly. 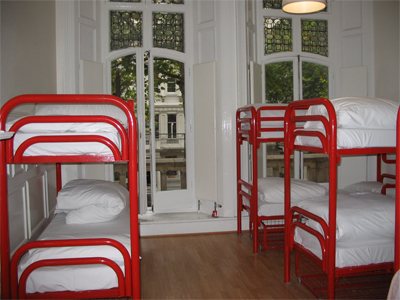 The room I nabbed was a 5-person room with an en-suite bathroom, and lockers under each bed for valuables. Wifi was included, and I think there was a small deposit for a towel. I didn’t bring a towel with me because my backpack was valuable real estate; I didn’t mind paying a few bucks at occasional hostels to use their towels.

This is where I stayed when I got back from Edinburgh; it was a perfect base for meeting some vegan blogging friends. Quarrygirl and her hubby met me out one night for a pint, which was a blast. They had visited me when I worked at BridgePort a few years ago. They’re great; I’m sure if I lived in the same town as them I’d want to hang out ALL THE TIME. So it’s probably in their best interest that they live in London now.

I also spent a day touring London with Sean from Fat Gay Vegan and Kip from Messy Vegetarian Cook; Sean and I got a falafel at a delightful little shop (located next to the old BBC headquarters) before a 5 hour bus ride across town to Cookies and Scream where we met up with Kip. I ordered a vanilla milkshake with a whole peanut butter chocolate chip cookie mixed into the milkshake and proceeded to shove the whole thing into my mouth in a matter of seconds, before I exploded. All gluten-free and vegan. Lots of soy, but hey, I’m a soy-lover. Gimme tofu or gimme nothin’. 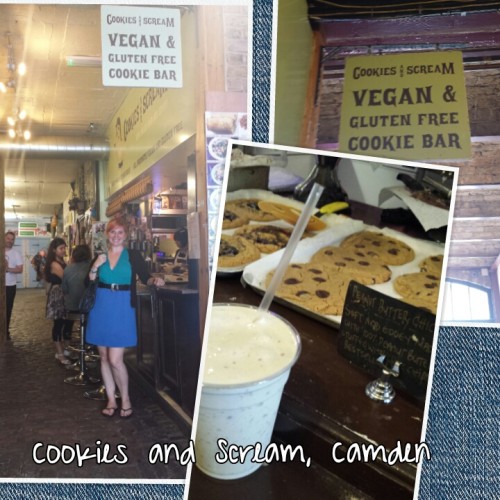 I also saw Kate Middleton (very pregnant) at BBC when Amy took me there for a tour. I was SO CLOSE, but didn’t want to embarrass my friends by taking a picture. The future Queen of England, and I was less than 5 feet from her! So now we’re best friends, obvi. That was exciting.

My favorite things I ate in London: FISH AND CHIPS. 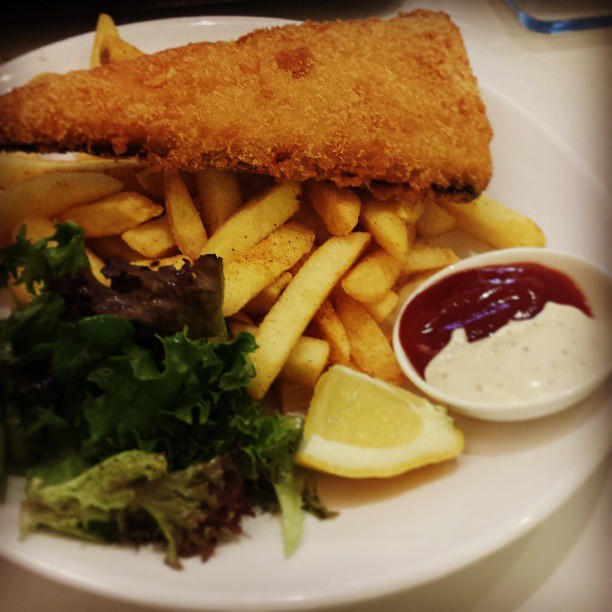 I tried Loving Hut Camden‘s version (pictured above) which was outstanding, and also ordered them at Coach and Horses Pub (their website has been under construction since 1962 or something, I swear), which were also outstanding.  I didn’t have a favorite–they were just different enough to both be amazing. Loving Hut uses soy fish, a light nori wrap and deep fried breading; Coach and Horses uses tofu, nori, and a more traditional fish batter. Coach and Horses also came with mushy peas, which are MAGICAL. As Quarrygirl explained to me, mushy peas are like refried beans; just mashed up and salted peas. WHY DON’T WE DO THAT IN THE STATES??!

And if there’s a brewery around, I’ll make an effort to visit it. Gareth recommended BrewDog Camden, which had an awesome funky independent vibe. I know it’s now a chain–I think it started in Aberdeen and they have multiple locations now, but they hold on to their character/atmosphere well. The brewery, started in 2007, is one of the first craft breweries in the UK. 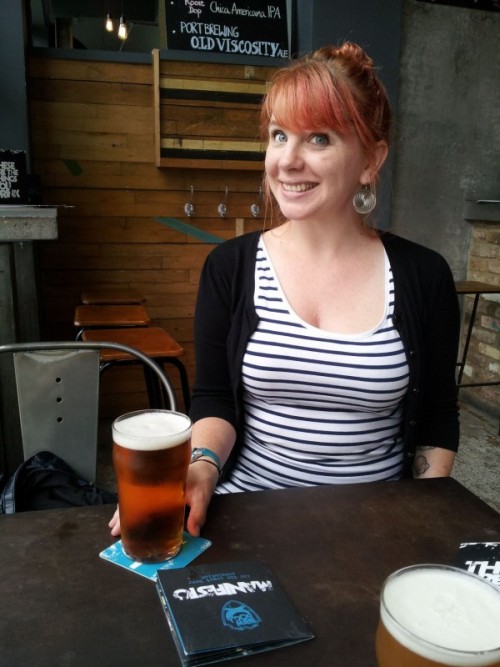 The last thing I want to mention is the vegan food scene in London. I wasn’t there for too long so by no means am pretending to be an expert, but my impression is this: London is great for vegetarians. But it basically got stuck in 1992, food-wise. I had a hard time finding (good) vegan food. I ate at a well-known Italian vegetarian restaurant one night, and it was one of the worst meals of my trip. A dry calzone with a few pieces of aubergine (eggplant), courgette (zucchini) and mushrooms nestled inside and a smattering of bland red sauce on top. All the pastas on offer contained egg, and the calzone–modified to be vegan–was one of the only options. I couldn’t even eat half of it. I feel like this seems to be the case in much of London–the vegetarian scene took off, then got comfortable. I’d love to see more exclusively vegan options and restaurants next time I go back.

OK, as my last-last note, I have to share this picture. I was the biggest Beatles fan in the world in high school (seriously, it’s almost embarrassing. I would stay home on December 8th every year, wear all black, and mourn John Lennon.), so when I saw the actual Abby Road, I just had to do the tourist thing (which I don’t mind doing; I’m a tourist, for goodness’ sake! I think it’s so funny when people want to pretend they’re not tourists.) and pretend like I was the 10th Beatle. Whoohoo! 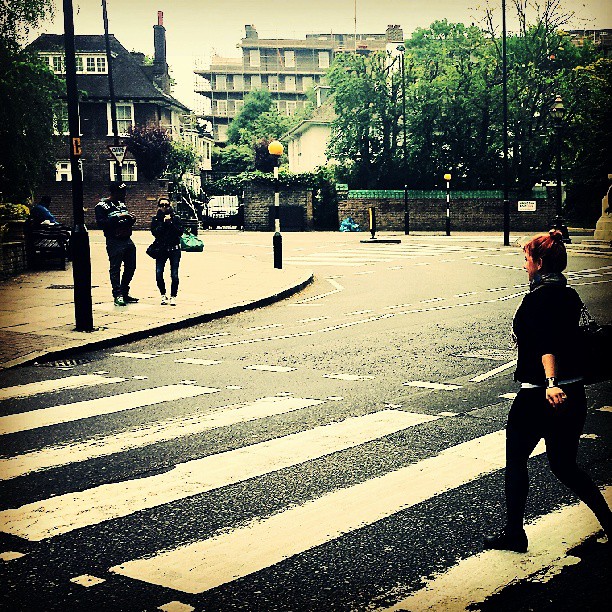