I’m blown away by the amount of talent some of my friends have. Some people I know knit scarves (please teach me!), some are great at painting and photography (I will buy your work!) or writing (please get famous already!) or are super talented musicians (sing me a song, mr guitar player!). And then I have friends like Michele, Jess and Liz. These ladies are event planners extraordinaire and the brains behind Vegan Iron Chef (in a word: genius! in a few more words: exciting! innovative! awesome!). 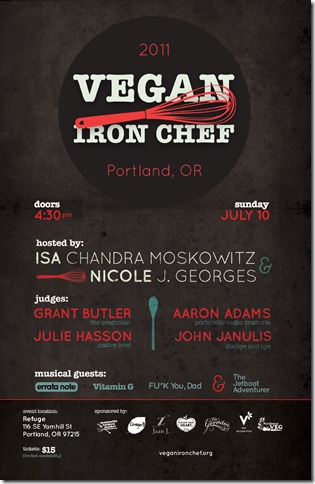 I recently attended the Second Annual Vegan Iron Chef competition at Refuge PDX. The line was a little long when I showed up an hour early.

I bypassed the line, and using my smart ‘thinking’, had a beer across the street while waiting for the line to dwindle.

When I came back, the line wrapped around the block. 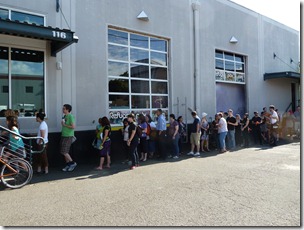 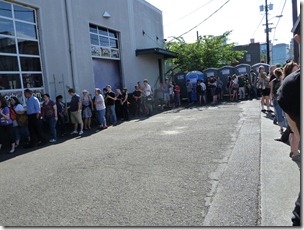 The house was packed once I got in. There was a bar. There was a photo booth, sponsored by Uptons Natural’s Seitan (ps they are the nicest at Uptons! I am so glad they will be coming to Vida Vegan Con). There were exhibitor booths; with the likes of Heidi Ho Organics, Petunia’s, Brass Tacks Sandwiches, Lions Share Industries, Lighthouse Sanctuary and a handful more. 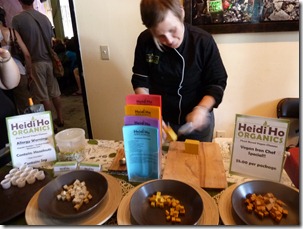 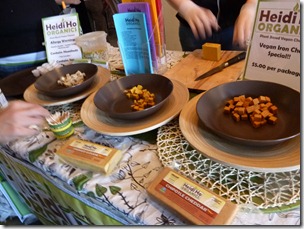 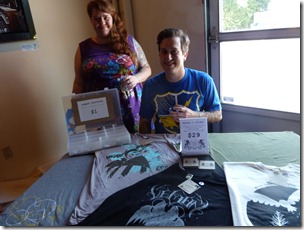 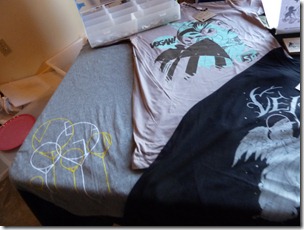 It was a veritable “Who’s Who” of Vegan Portland:  the iconic Isa Chandra was there, co-hosting with fabulous Nicole Georges. I ran into Sayward Rehbal from Bonzai Aphrodite, saw the people behind Try Vegan PDX, and then of course there were the judges: Grant Butler, Julie Hasson, Dreamy John Janilus (from The Bye and Bye) and Aaron Adams from Portobello.

AND THEN of course there were the competitors themselves: 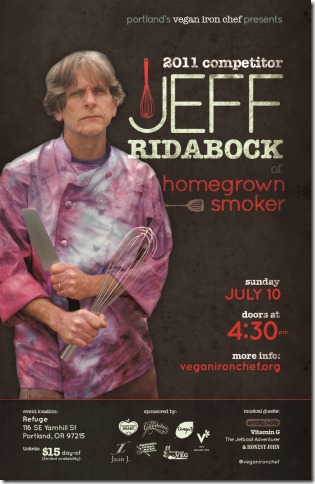 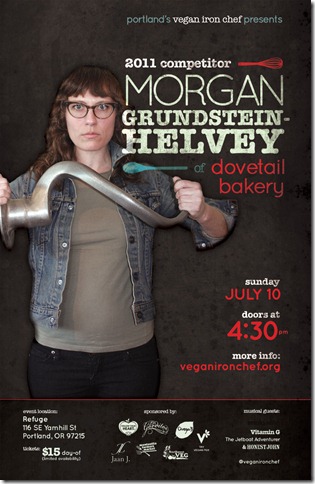 and Piper Dion from Kitchen Dances: 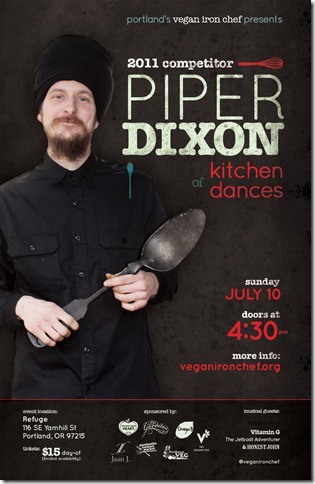 Once the secret ingredient was revealed (GINGER! Genius! Gawl, see why I just love everything about this event?) the chefs scrambled to collect every possible ingredient they could think of. 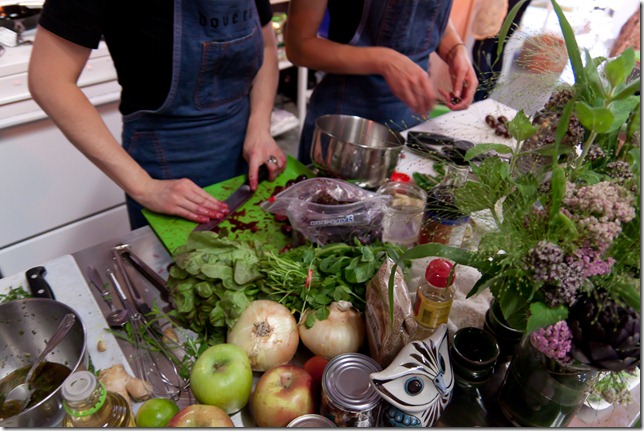 While the chefs were busy cooking away and laughing maniacally ala this guy, the super mad-awesome co-hosts were narrating the whole process and doing massive amounts of giveaways. 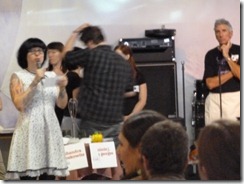 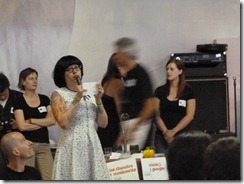 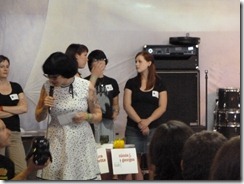 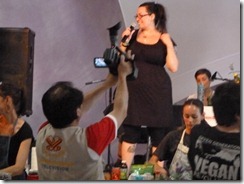 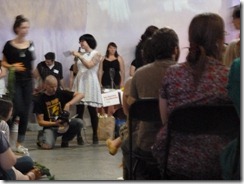 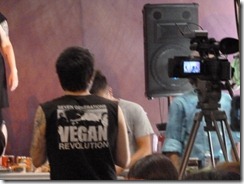 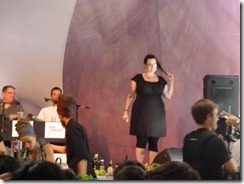 (I think I have a crush on Nicole Georges.)

I won something! I got an Upton’s t-shirt and four packs of seitan. Man, love those guys.

The whole 300+ attendees Sold Out event was a sight to behold. The ladies behind it did a fantastic job organizing (I’m so lucky to be working with them on Vida Vegan Con!), the food smelled amazing (next time I’ll shell out for the VIP Tasting Table), and the energy of having so many people interested in innovative vegan cuisine is astounding. I can’t wait for next year.

Go check out Kitchen Dances on Belmont, and invite me with yoooouuu!